Tonight we reach the end of the Patrick Troughton era on the beautiful Twitch stream of almost of all of classic Who, and from here on there are no missing episodes (though a few stories, for legal reasons relating to Daleks, are being skipped.) But what about all those stories they didn’t show? Are they worth seeking out and having a watch, even if they’re incomplete?

Now, bearing in mind I adore Doctor Who, and most of the missing stuff concerns my favourite Doctor, yes, yes they are. Especially if you tuned in for The Web of Fear on stream, and weren’t too phased by the slideshow and audio format (or, as the fandom calls them, a recon) of episode three.

And remember, not all of these stories’ episodes are actually missing, and some have handy animations. So here’re my recs for the best of what we missed (I say best, but I restricted myself to five because otherwise I’d be writing this blog for a few hours explaining why every story that isn’t The Space Pirates is worth watching. Sorry, Space Pirates fans.)

If there’s one story I’m seriously judgey at Twitch for not showing, it’s The Invasion. This is an eight-part story from season six, which means the glorious TARDIS team of Trought, Jamie, and Zoe. A trio, that if the Twitch chat was anything to go by, new viewers were pretty delighted by. It’s also got the Brig, epic Cybermen, the first appearance of UNIT and Sergeant Benton, and one of Who’s great villains in Tobias Vaughn. There are also some of the very best Doctor and Jamie clings. And very, very importantly, Zoe talks a computer into exploding. And saves the world with maths. As you do.

Of the eight episodes, two are missing (episodes one and four) which have been animated for the DVD release.

The Power of the Daleks 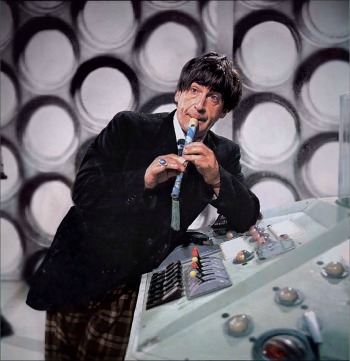 This is Patrick Troughton’s very first story and, as you might guess, features Daleks. It’s also a Ben and Polly story, two of the companions most affected by the missing episodes, with only one complete story of theirs surviving.

In Power Troughton is still very much trying to find out what he’s doing with the Doctor, and it’s fascinating. He’s restrained, distant, almost unlikeable, and refusing to prove who he is to his confused and doubtful companions. Ben and Polly are both delightful, though this is one of the stories where Polly doesn’t get to use her special power of coming up with a questionable, yet brilliant, plan and making it work. This is also, for me, the very best Dalek story, and the scariest. The Daleks start of creepily eager-to-please, while the humans of the isolated colony are too busy fighting amongst themselves to recognise the danger, and the tension builds and builds, until the devastating final episode.

All episodes of Power are missing, but they have been animated (with a colour version) and released on DVD and Blu-ray.

The Evil of Daleks 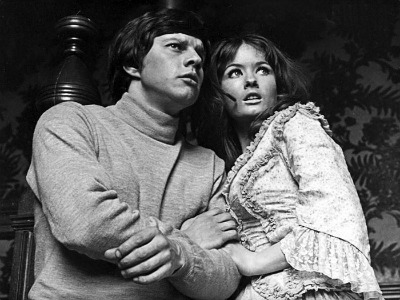 Yes, more Daleks. And more Troughton. I’m sorry! (I’m not.) I find it tough to choose between Power and Evil as my favourite Dalek story, but Power usually nudges ahead. That doesn’t mean Evil isn’t wonderful though. There’s Victorian time travel, Daleks playing at being choo-choo trains, and a heartbreaking scene where Jamie believes the Doctor’s betrayed him. It’s also Victoria’s first story.

There are some epic scenes on Skaro (er, that you can’t actually watch, but the pics look cool!) and the Dalek Emperor is magnificent. It was intended to be the Daleks’ final story, and so they wanted an epic send off. (Obviously that didn’t happen, but they won’t be seen again for five years.)

Of the seven episodes only episode two survives, and it can be found on the Lost in Time DVD release. The rest of the story has been released on audio, with narration, or there are unofficial reconstructions available, in places.

A Hartnell story, at last. This is the only missing story from season one, so it’s Barbara, Ian, and Susan. What I adore about Marco Polo is that nothing like it would never be made today, and I find the leisurely pacing gorgeous. There are shenanigans afoot, but mostly it’s the TARDIS crew on a trip with Marco Polo following the Silk Road to go see Kublai Khan. One episode is just chilling out and listening to one of the travellers, Ping-Cho, tell a story about Aladdin. There’s some lovely stuff for Susan, as she forms a close friendship with Ping-Cho, and the sets and costumes are gorgeous. On the downside, there’s a significant amount of yellow-face, Ping-Cho excepted.

Other missing Hartnells worth giving a shot: The Myth Makers, The Daleks’ Masterplan, The Savages.

All six episodes of Marco Polo are missing. The audio has been released with narration, there’s also a thirty minutes recon on the The Beginning DVD set. Around the place there are recons, one of which is in colour (all the photos used in the recon have been colourised by some very talented people.)

This is the one where the monsters are giant crabs. Sneaky giant crabs controlling a human colony. It’s Troughton at his very, very best. He arrives at a jolly colony, all pretty and shiny, and instantly attaches himself to the one disparate element, before turning the whole place upside down in magnificent fashion. “Bad laws were made to be broken,” he says. Quite right too.

Ben, Polly, and Jamie are all in the TARDIS so it’s slightly difficult to give them all something to do, but they have their moments: Ben gets to be scary, Polly flirts with the Doctor, and Jamie escapes danger via the Highland fling.

All four episodes of The Macra Terror are missing. The audio has been released with narration, and courtesy of Australian censors there are a couple of short surviving clips that can be found in the Lost in Time boxset.

Superb stories all! And, helpfully, ask any other Doctor Who fan who’s seen/heard the missing stories, and they’ll give you completely different recs. Because this is Doctor Who fandom.

2 thoughts on “Doctor Who Not On Twitch”