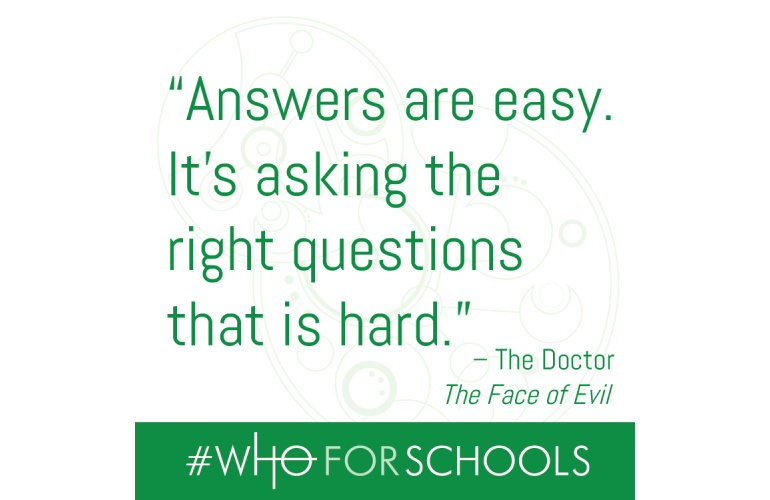 I’m currently taking part in the #WhoForSchools campaign, a project to raise money for non-profits that increase access to education.

Along with dozens of other podcasters and some special guests, I’ve been part of commentaries being recorded for every episode of Season 26 of Doctor Who (there’s one with Sophie Aldred! That’s rather spiffy.) These commentaries will be available to anyone who donates $10 or more to one of the organisations we’re supporting.

For all the details, you can head over to the official site here: http://www.realitybombpodcast.com/whoforschools.

On a more personal note, I know I’ve been very lucky when it comes to my education. On account of where and when I’ve been born, I’ve had tremendous opportunities. When I went to university, I didn’t have to pay any fees (and the brief “graduate tax” in Scotland was “only” £2000. Which is a lot of money, but nothing compared to what my peers in the US, for example, have to pay), and I had the support of my parents and teachers to go and study whatever it was I wanted.

Tertiary education in Scotland remains free for Scottish students, as it should. Once upon a time, it was also free in England, and Wales, and there were grants to increase access for those from poorer backgrounds.

The reason this project particularly resonates with me is my Mum is from one of those poorer backgrounds. She grew up in rural Scotland in the fifties and sixties. Her first home had no electricty (oil lamps were used!) and no running water (but there was a well!). Her second one had a handy windmill to pump the water. She was terribly clever, and my grandparents were very big on education, and encouraged her to go to university. And, despite pressure from teachers (never her parents though) to study something “suitable” for a woman, like teaching, she opted for law. She graduated, and her legal career lasted some thirty-five years with a brief break when my sister and I were young. And this was only possible due to initiatives to widen access to education, like grants, and not forcing students to take out absurd loans to access the knowledge and training that should be available to anyone with the desire and ability to pursue it.

So, yes, education is good. Do consider supporting this project! Not only will you get to hear these fine commentaries, but I believe there are, perhaps, one or two other cool things that may be added.